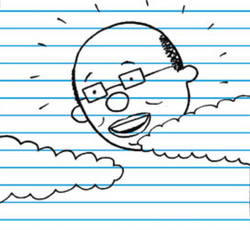 Dick Schipp, commonly known as Wink Summers, is the chief meteorologist of his hometown, and possibly the entire county. He tends to make inaccurate announcements about the weather, like missing the forecasts about rain which Nate often tries to correct.

Nate Wright often calls him on his phone to complain about his forecast. He says that the reason he calls himself Wink Summers instead of his real name is because he feels that being called "Dick Schipp" on live television is "playing with fire." He also has a son that takes oboe lessons.

Retrieved from "https://bignate.fandom.com/wiki/Dick_Schipp?oldid=92275"
Community content is available under CC-BY-SA unless otherwise noted.