Bobby (by his grandmother), B-Dawg by Nate Wright.

Breckenridge Puffington III (nicknamed Bobby by his grandmother and B-Dawg by Nate) is a new student at P.S. 38 as he joined in sixth grade. His first appearance is in Big Nate: Lives It Up. He also has a cameo appearance In Big Nate Blasts Off.

In the Honey Hive day-care, Breckenridge enjoyed bullying Nate, his classmate. He attended the day-care for summer but then he transferred to another school. Back then, he was known as "'Bobby" by his grandmother. Breckenridge later joined P.S. 38 starting at sixth grade, and Principal Nichols asked Nate, the same kid he had bullied, to be his buddy and show him around the school.

Breckenridge started somewhat shy and thought of Nate as his best friend. Nate thinks he remembers something about him and is later revealed that his grandmother used to call him Bobby. When Nate and his friends were walking with Breckenridge, he tells Nate that his grandmother used to call him Bobby, and Nate then remembered that Breckenridge was the kid that bullied him in day-care. Initially, Nate "wigged out" at him, but he later forgave him (when Dee Dee talked to him about it) and included him on his team for the P.S. 38 Centennial Scavenger Hunt. Breckenridge helped a lot in the Scavenger Hunt, and during the hunt, he found a priceless painting by famous folk artist Granny Peppers, which lead his team of Nate and his friends to victory and brought newscasters to the school.

Breckenridge is socially awkward, though he also has a friendly personality. Nate once said that he is boring to be with and that he is a stiff and a wuss.

He also has a passion for botany and wants to be a botanist when he grows up.

Nate describes him as having the grip of a limp noodle and the impression of someone about to wet their pants. He has light brown hair and is very short... He is always seen wearing circle-shaped glasses similar to Francis. He is also the shortest kid in the P.S 38, the second being Chad Applewhite.

Breckenridge used to bully Nate in preschool, but now, in sixth grade, they are very good friends. 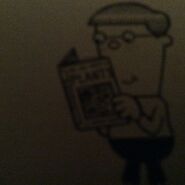 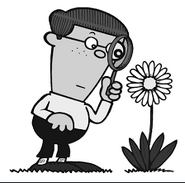